When building a web application, a wide array of choices are quickly required of us: Should you pay for a professional development agency? Should you build it yourself? What is an MVP?

This can quickly feel overwhelming and discouraging.

One of the most important things you need to figure out (once you understand what a web application is), is whether to create a native app or a progressive web app (PWA). This distinction will be key in how you should approach your web app development, how much it’ll cost, and in how you should develop your business case.

In this article, we will cover what native apps and progressive web apps are, the differences between the two, their respective pros and cons, and which type of app is the best fit for which type of project.

Keep on reading to learn more!

Ready to build your web app?

What is a Native App? Pros and Cons

A native app is a software application that has been designed for use on a specific platform or device. The best and most common examples are apps you can download from the Apple Store or Google’s Play Store.

Because of their very nature, they are able to leverage device-specific software and hardware capabilities, such as the phone’s camera or geolocalization for example. Native apps became especially popular around the time the iPhone came out, with a world of possibilities for both the users and app developers.

Some of us still might remember the iconic iPhone 3 “There’s an App For That” 2009 commercial. 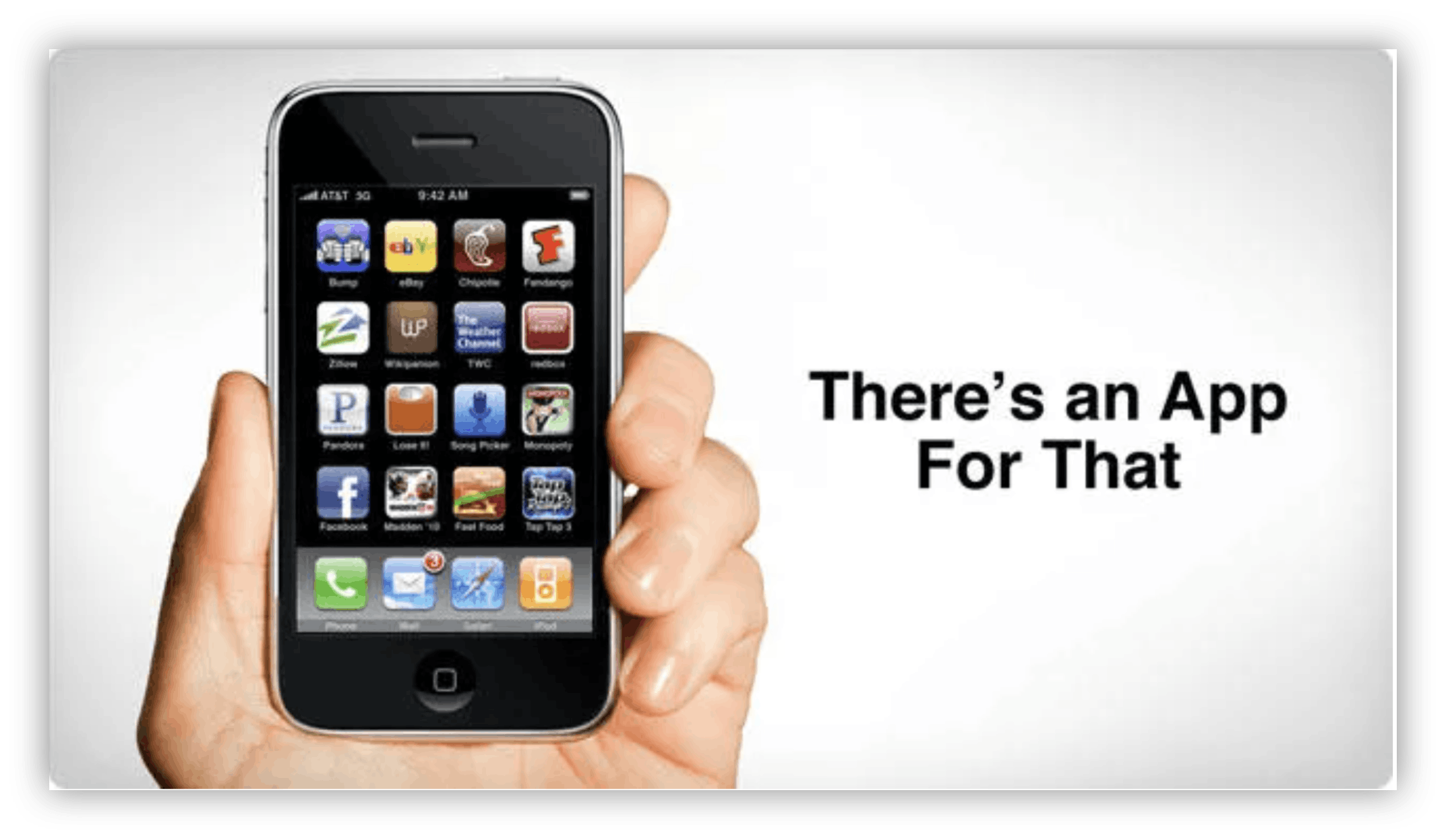 However, the golden age of native apps now seems to be behind us, with an end of apps that has been predicted for years, due to consumers’ habits, market saturation, and new technologies such as progressive web apps.

But more on that later, for now, let’s take a look at some of the pros and cons of native apps:

Overall, native apps provide a great experience for the user, and have a definite allure to them for businesses wanting to appear professional.

However, they are difficult to build and require editors to rely on an app environment that they have no control over. What if Apple decides to ban your app from the App Store?

What is a PWA? Pros and cons

On the other hand, PWAs (Progressive Web Apps) have gained steam in recent years, with major websites such as Twitter switching to a PWA model. A PWA is a type of application that only requires minimal installation and can be delivered through the web using technologies like HTML, CSS, or JavaScript.

The idea is that PWAs can work on any platform with a browser, both on desktop and mobile. Let’s take a look at some of the pros and cons.

In essence, progressive web apps have been an answer to the decline of native apps, whose download and retention rates have been steadily decreasing over time. PWAs seem to provide an easier, more accessible alternative for users and developers alike.

But let’s take a closer look at their differences, and which one would be a great fit for your specific needs.

Ready to build your web app?

Differences between PWAs vs native apps: Which should you pick?

First off, let’s take a look at the key differences between progressive web apps and native apps:

There are a lot of differences between the two, which can make it difficult to decide which type of approach to pick. We broke it down for you.

Pick a Native App if you:

Pick a PWA if you:

In short, PWAs are a great opportunity for teams and companies to build and develop apps without relying on gated marketplaces like the App Store or the Google Play Store. For users, they are also convenient as they don’t require any download.

We’ve established that building a native app is a lengthy and costly process, but how can you build a progressive web app? Let’s find out.

How to build your own PWA with Softr

Using Softr’s intuitive WYSIWYG editor, users are able to build an app like they would a lego construction, using blocks and connectors. 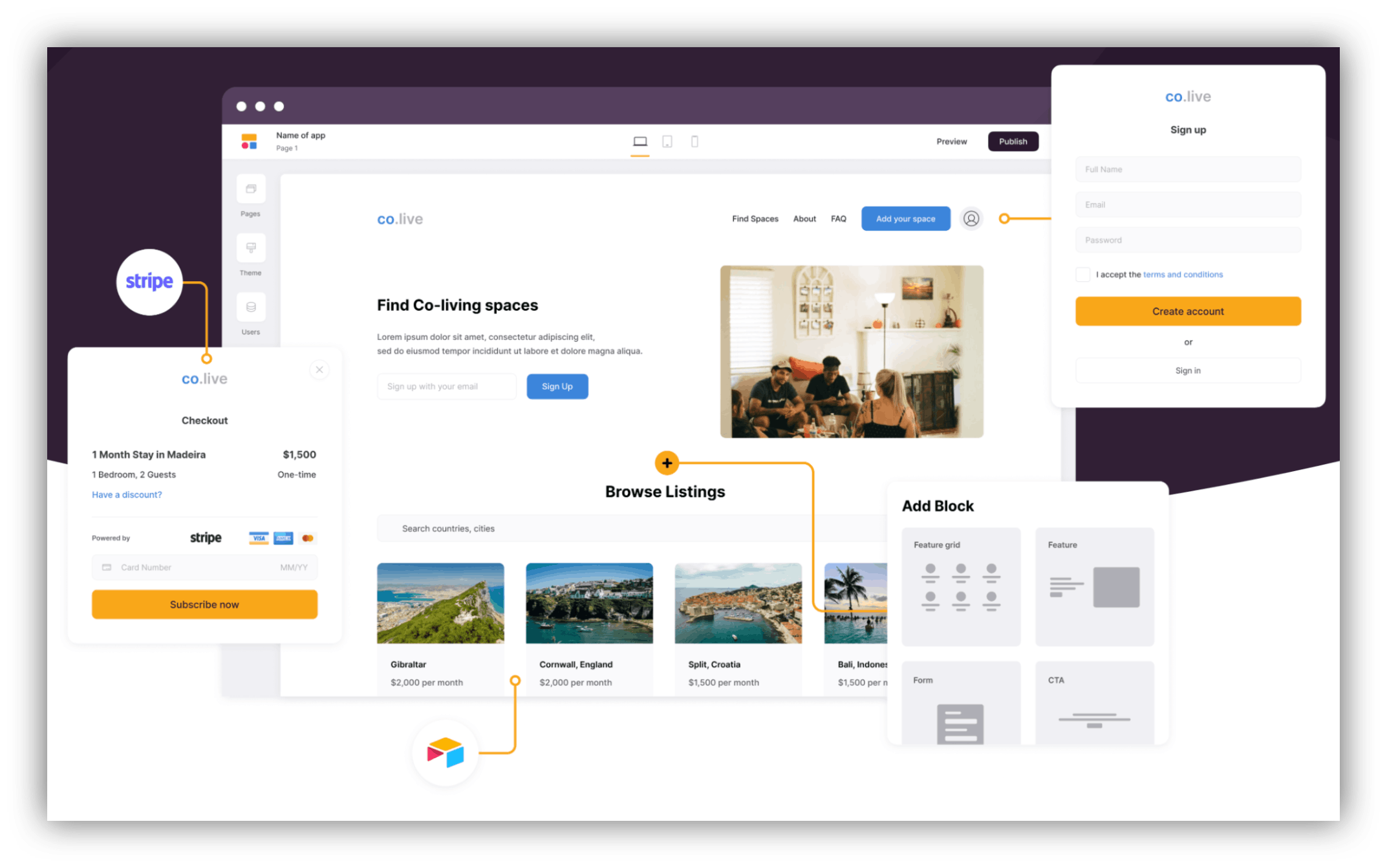 Softr users are able to build a PWA and then configure its name, logo, and color as it will be displayed on the users' side. They will be able to "install" the app on their desktop and open it through their browser.

The entire process only takes a few steps in Softr:

And that’s pretty much it! See below an example of a PWA configuration in Softr. 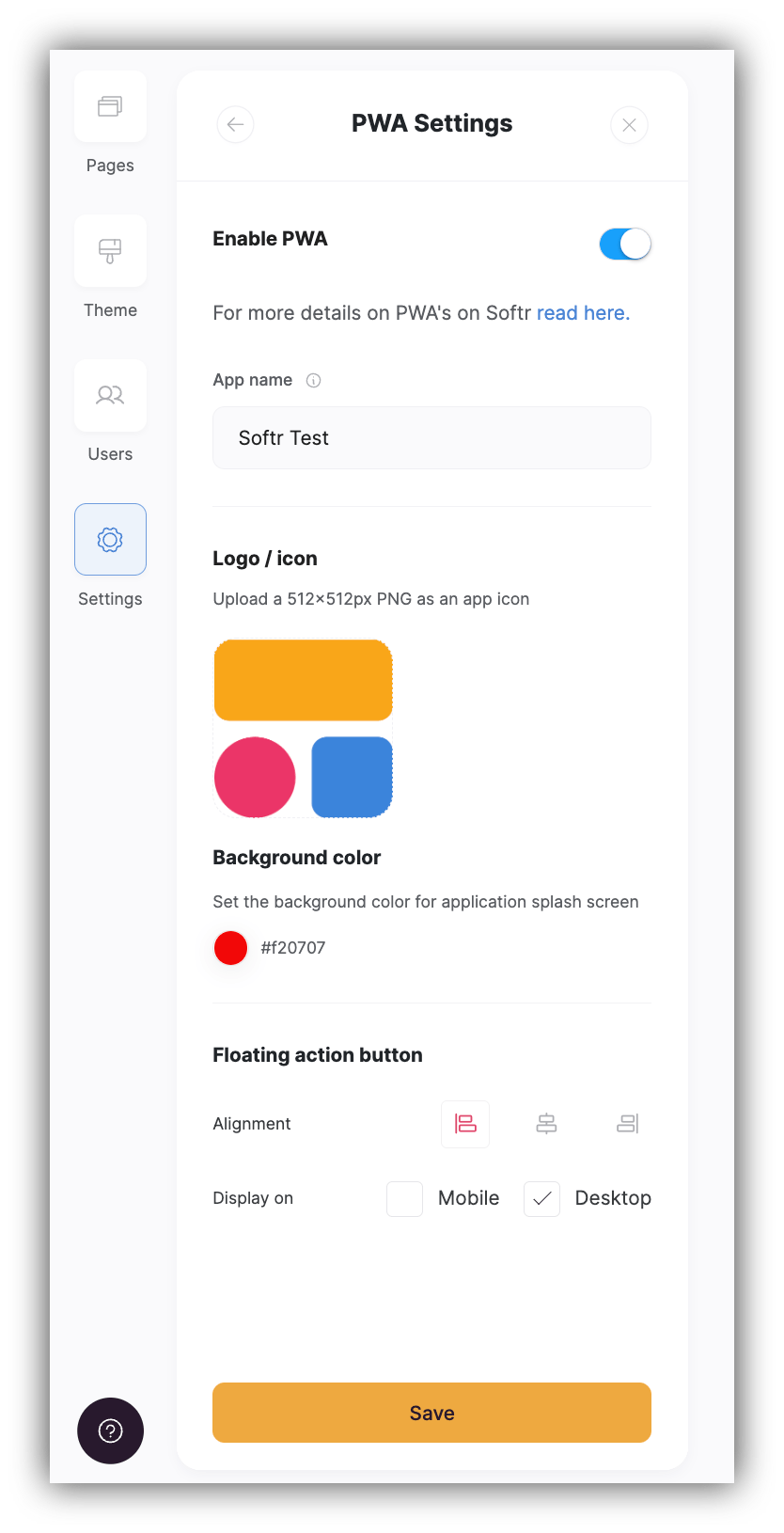 Once you’ve set up your PWA, users will be able to install the app on their device, with all the parameters you’ve previously set.

Learn more on our support page about building a Progressive Web App (PWA) with Softr.

Figuring out whether a native app or a progressive web app is the best fit for you comes down to your business model and needs. While native apps were the norm ten years ago, PWAs offer many benefits.

If you’re on the fence about spending time and money on building a native app, why not start with a PWA and go from there? Take a look at some of these web app ideas for some inspiration, and join our Slack community to discuss!

Web app vs Website: Everything You Need to Know

How to Build a No-Code MVP for SaaS Startups