Over the past few years, there has been a boom in the number of citizen developers choosing to build websites and apps without coding. No-code happens to be one of the most cost-effective and accessible development options not only for small businesses but also for established ones. They build their client portals or marketplaces with features no-code tools offer.

While no-code has a good name attached to it, there are a lot of no-code misconceptions that stop people from starting their journey and make them think no-code is here to replace developers. To help you avoid these no-code development myths, we’ve compiled a list of some of the common ones to help you with the no-code development journey.

No-code is a recent trend in web development.

We get where this no-code misconception comes from. For many years, people have been using no-code tools like WordPress and Shopify without tailoring the term “no-code” to them.

Only in recent years, we have been using the term no-code to refer to all those incredible tools enabling building digital products without coding. Many citizen developers have realised no-code is a better option as its cost-effective, easy and takes less time than code development.

In reality, the no-code movement started in 1985 with the release of Microsoft Excel. Excel was the first-ever tool that allowed us to implement data manipulation, analyses, and visualization - all with zero code. 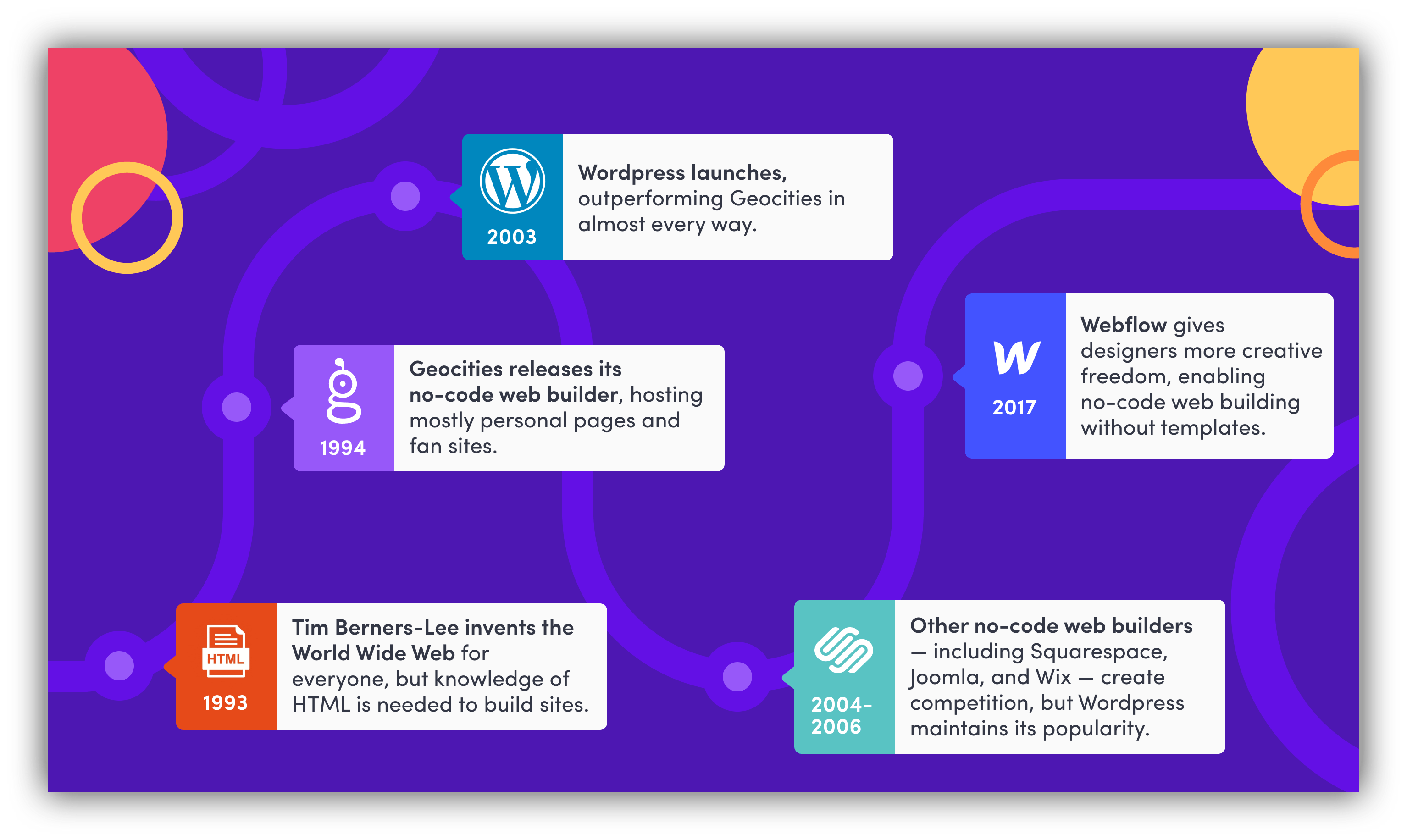 In 2003, another highly important platform, WordPress, was founded. Following WordPress, one of the biggest no-code companies came around - Shopify. Later on, no-code tools like Airtable, Webflow, Bubble and more recently, Softr made no-code the ever-evolving and astonishing industry as it is today.

You can build your web apps without guidance or help.

You can build your web apps with limited guidance. But you will benefit more from asking for help from experts who have already passed all the stages of no-code development. They know the best practices and processes of developing no-code web apps.

This is mostly why we recommend reaching out to no-code experts, listening to podcasts and watching YouTube tutorials. Not only on your chosen no-code tools but also the type of web app you’re planning to launch. There is another option if you need to get a little more professional. Try to collaborate with no-code agencies. 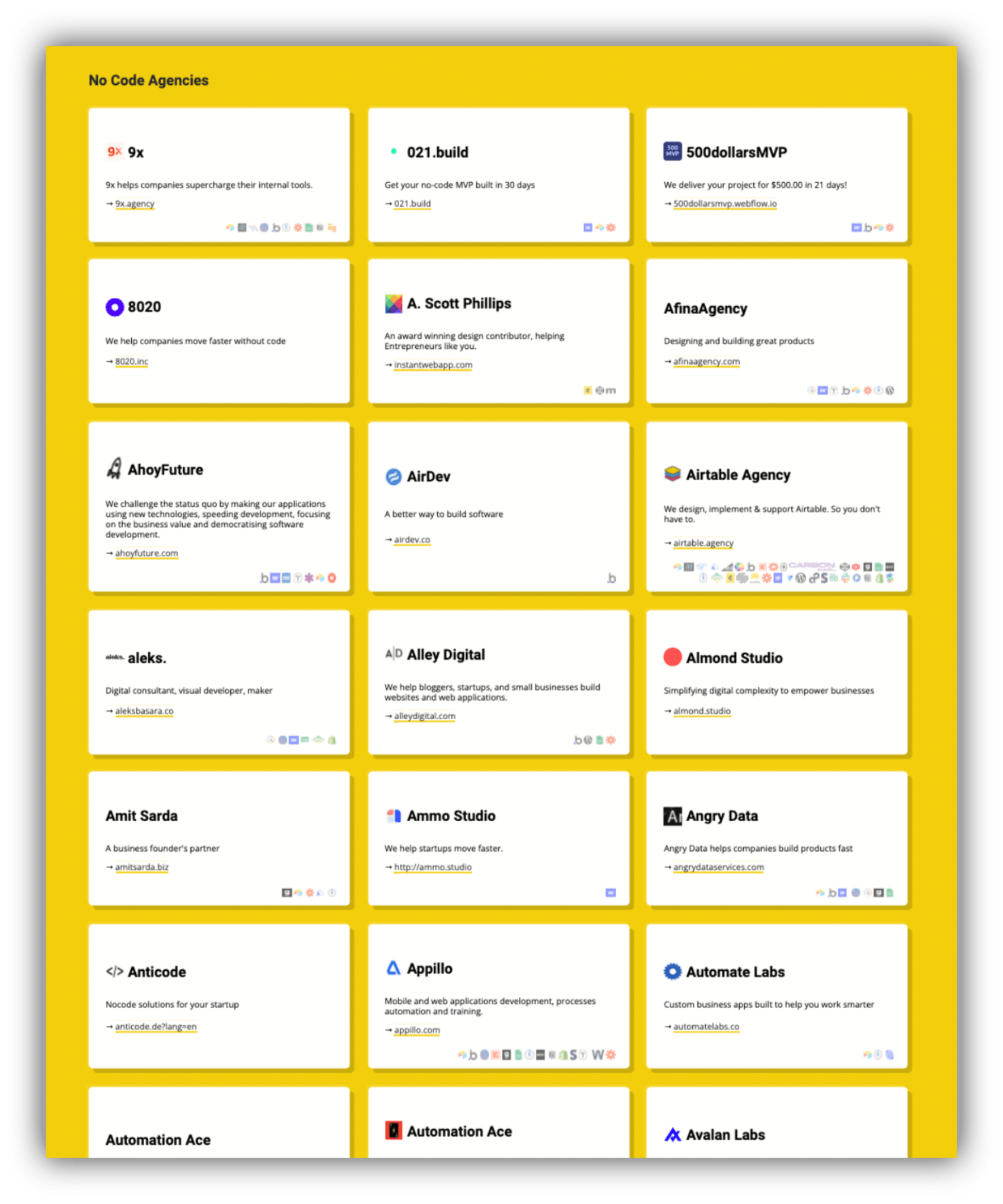 No-code also means no effort and no knowledge.

On many occasions, we and many other no-code tool providers, tell you no-code is easy-peasy, lemon squeezy. Well, we tell no lies here. Compared to code development, it’s pretty easy. Due to drag & drop blocks, integrations, and dozens of templates, the building process is as easy as it can be. This doesn’t mean you can start building web apps the very second you open any no-code tool of your desire. There are far too many things to do before starting the building process.

To demolish this no-code software development myth once and for all, here is what building web apps with no-code looks like step by step.

Do you still think you need to put no effort and knowledge into the no-code building? Hope you don’t. Once again, no-code is easier to deal with as it has a fast learning curve, compared to code development. But it takes some time and effort to consume all the required information and reach astonishing results. 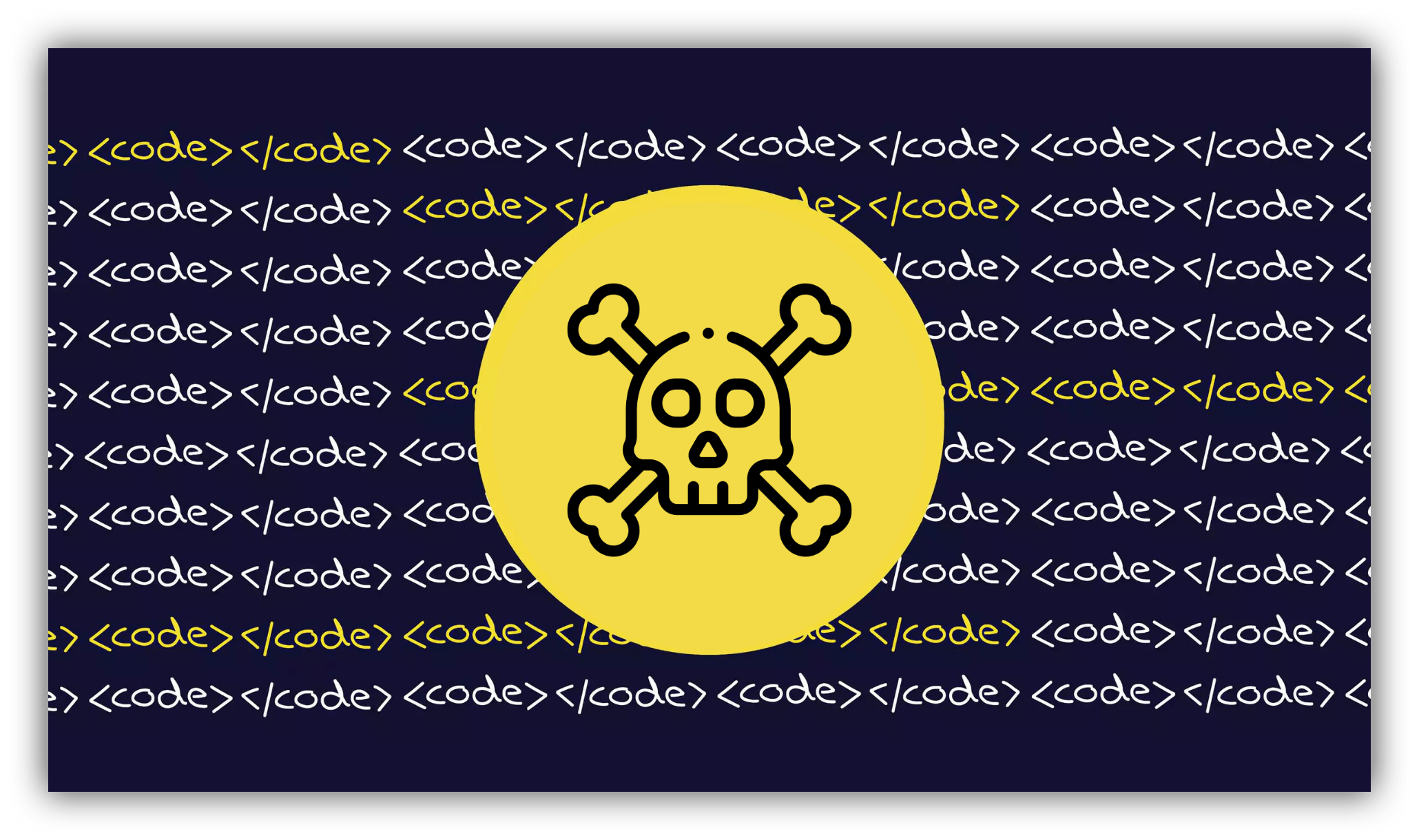 No-code, as the name suggests, does mean developing digital products with no-code. You can build responsive and alluring client portals, membership websites, online marketplaces, and many other web apps with no-code. But does no-code eliminate the need to code?

Well, yes and no. It fully depends on what you want to build and the complexity of your project. Most of the no-code development is successfully implemented without code. There is almost no need to code, but in some specific cases, users need additional customization.

Softr has many features and integrations users can work with but sometimes are users are in need of custom coding. For example, some wanted to embed Google Sheets to their application and this was only possible with a custom code. The last and more specific example was when the user wanted to attach a custom mixpanel even to the button click.

Even in similar cases, you do not need to code. A number of developers are behind our beloved no-code tools, ready to provide any custom code you need.

There’s no worry, people! No-code does not mean developers are out of work. As even if you don’t need to code, someone should.

No-code tools won’t live up to the hype and will fade away shortly.

A bold statement got to say. We have our theory for this one. Many who believe no-code to be a new trend also think it will have a short life. If you've paid attention, you know, from the 2000s to these days, no-code is incrementally getting bigger and has no intention to cool down.

Many businesses started considering no-code solutions to help integrate their employees into the building process. No-code tools empower teams, outside of IT, to develop their ideas to reality, saving time and money for your company. From ideation to implementation, one person can easily execute their idea. This is the best option to unify teams across the board and to maximize output within a short amount of time.

But with the arrival of no-code tools running on the cloud, businesses can scale up or scale down their tools, as per the user’s transactions. With no-code, you can scale your demo projects to a web-wide deployment. Meaning end-users should not worry about managing or deploying servers for the app.

To scale your applications, all you need to do is purchase a license for the increasing user base and continue working on your app as normal.

No-code is only for citizen developers.

The last no-code development myth is too crucial for us to ignore. When first introduced to no-code, many considered it as an option for only citizen developers. Turns out no-code is not as limited as you may think.

No-code development can help to simplify the work of developers by creating hybrid environments. Which, by the way, has proved itself to be one of the best and effective approaches regardless of the field you’re in. Hybrid environments indicate you can always mix no-, low-, and code development to reach the best result in a short amount of time. Developers can always use custom coding for much more complex processes and no-code tools for other use cases.

With no-code, your team will accelerate deployment, reduce IT backlogs and maximize the workflows. Last but not least, no-code can help automate processes which will also help with deployment and rapid prototyping.

Check out some of the best no-code resources

Find out the best no-code and low-code agencies for cooperation.