For decades, people have been able to operate computers without ever writing a line of code. A similar transformation is happening for people who want to build software with the explosion of no-code technology. The no code movement is a fast-growing framework allowing people with zero or minimal background in software development to build websites, applications, and web apps without coding. This movement minimizes the barriers to entry into tech and reduces development times and costs.

The short definition is programming without coding. It’s using no-code tools that empower you to build a fully functioning, responsive web application or website without code. But it goes a bit deeper than that.

Every piece of technology – no-code platforms included – are built using code. The difference is that no-code platforms provide building blocks that every website or application needs, such as pages, data storage and display, individual user profiles, or file upload. People can then connect these together into their own application via drag and drop or other types of “human-understood” commands that don’t use code.

Low-code vs. no-code: There’s a contrast to low-code technology, which is the term used for applications that can accomplish most basic features without code. While low code is powerful, you need to do some coding for customizations or specific use cases.

The three evolutions of no-code technology

The term “no-code movement” is fairly new in our common vocabulary. The concept that became no-code began in the 1990s as the software was starting to pick up.

Phase 1: The all-in-one platform and single-function software (the 1990s)

In the early 1970s, computers were entirely command-line driven. If you couldn’t code, you couldn’t use a computer. By the 1980s, early graphic user interfaces (GUIs) designed by IBM made it possible to operate basic functions on a computer without needing to know code, but building and using most software was still code-driven.

By the 1990s, innovators like Microsoft and Adobe had built all-in-one programs that massively democratized how many people could use the software. Programs like Word, Excel, and Photoshop were built so that end-users didn’t need to know code in order to use the platform’s core feature set.

These platforms made it easy to accomplish a specific task without code, but you would have to buy another piece of technology to accomplish a different task. Further, if you wanted these systems to connect or communicate in any way, you needed to know application programming interface (API) development and code the connections manually.

At the turn of the millennium, new players democratized who could use – and even build on – computers. Tech startup Automattic launched WordPress in 2003, revolutionizing how people built their own websites. With pre-built themes with pre-built customization options, the average person could buy a theme (or even access dozens of free themes) to get a basic website live in minutes.

A year later, Automattic launched WordPress Plugins, which were one-click features that you could install on your WordPress site to extend its functionality. According to reports, the first plugins allowed you to sell products via your WordPress site and embed forms to capture visitor information. Salesforce brought this concept to the business world, launching its AppExchange in 2005. Marc Benioff famously purchased the rights to the name “App Store” ahead of Salesforce’s launch, but ultimately chose the name “AppExchange” instead. He gave the “App Store” rights to his mentor, Steve Jobs, as a gift, which Apple used when it launched the App Store in 2008. E-commerce giant Shopify followed suit with the Shopify App Store in 2009.

The promise of apps and plugins was that people could easily extend the functionality of their site without code (or with only a few lines, instead of having to build whole features by themselves). Each app offered standard functionality and many offered premium options. Becoming an app or plugin developer not only became a full-time job for many companies but became a lucrative independent business model that paved to way for the future of no-code.

Throughout the 2010s, no-code platforms like WordPress, Salesforce, and Shopify continued to upgrade their core systems to make it easier to build and customize their platforms without code. App creators on these ecosystems also focused more heavily on additional features and customizability - whether in their free plans or adding these features as premium upsells.

But another innovation happened: no-code platforms started popping up to empower people to build whole apps without code. Instead of relying on plugin developers to make the feature you needed, you could build it yourself. Even API connections got the no-code treatment from no-code platforms like Zapier.

Unlike previous iterations, the sky's the limit with no-code platforms. Instead of only building websites with specific functionality based on available plugins, you can build every feature from scratch to your exact specifications. The platforms themselves are built with code, but the end-user never has to touch the code or learn to code languages to get full value.

What no-code can do now.

After years of evolution, no-code platforms now make it easy for builders to create a variety of technology-powered products:

Websites: Build a whole site from scratch, customize the look and feel, and add any responsive features you want to the page including images, videos, or effects.

Mobile apps: Build an app that works natively and seamlessly on smartphones. You can even launch these in the Apple App Store or Google Play Store for other people to download and use.

Algorithmic / AI analysis: Build out logic and embed artificial intelligence into your applications. Run regressions and other in-depth analytics on nearly any dataset.

Automations: Create automated flows for sending emails, invoices, reminders, or any other trigger-based task you can imagine. 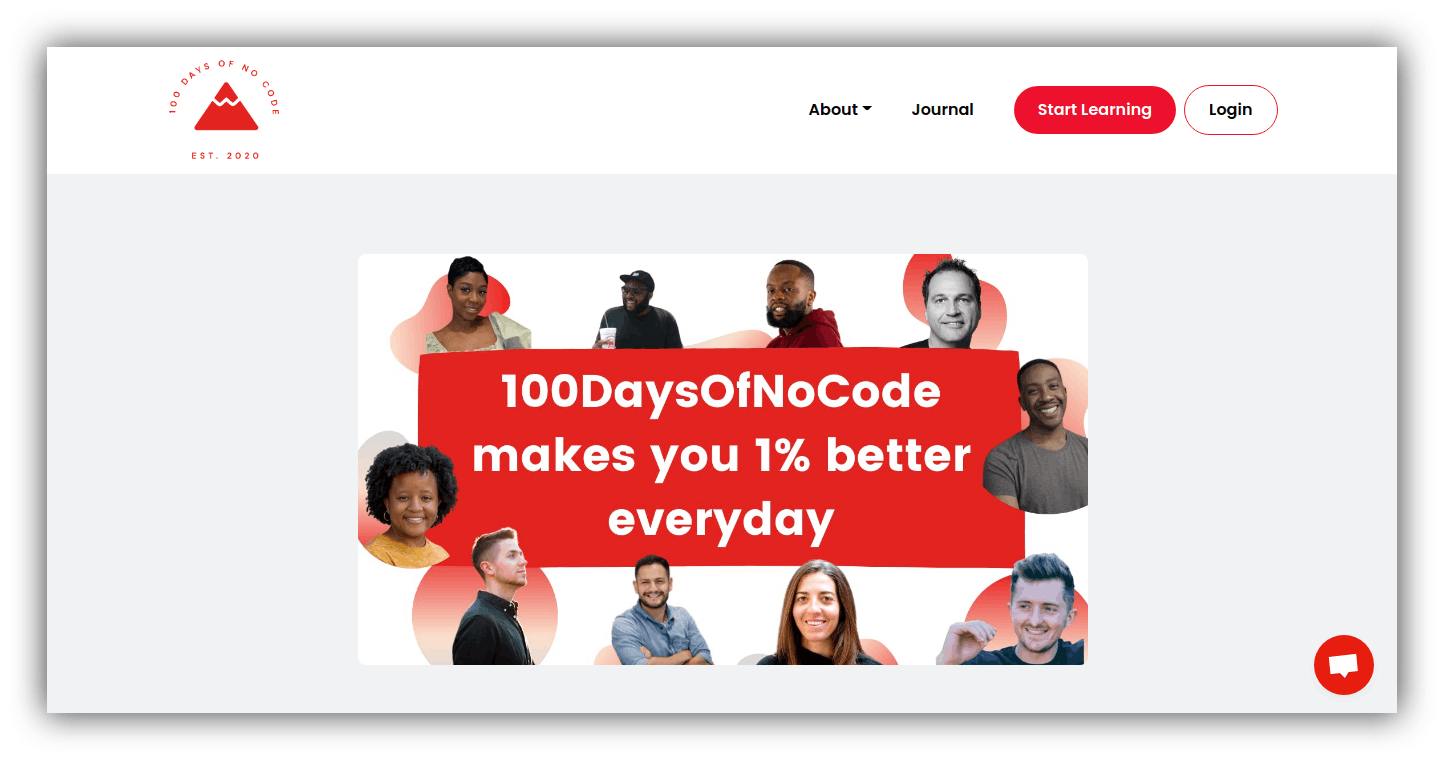 The future of no-code movement

The earliest iterations of no-code builders helped with wireframes and prototypes, but people assumed you’d need to move to code eventually. Modern no-code builders, on the other hand, are capable of scaling up to thousands of users without ever needing to touch a line of code. This opens up significant opportunities for the future of no-code.

No-code is reaching levels of scalability and customizability that we’re likely to see whole tech companies running on products built without code. This not only democratizes who can build tech companies, but it also creates more opportunities for freelancers and other independent entrepreneurs to build “micro-SaaS” products – like online marketplaces, e-learning platforms, custom client portals, or subscription communities – that bring in great lifestyle revenue streams.

2. Internal apps will be no-code

No-code makes it easy to build custom apps that are secure and user-friendly with no coding required. That means more companies are likely to turn to no-code tools for employee-use-only applications such as internal communications, time tracking, and even task tracking. This could especially be the case in startups that don’t have the budget to buy existing SaaS platforms or have unique needs because of the innovative nature of their company.

New founders won’t need to go through the old process of building a wire frame and fundraising to build their MVP. Instead, future no-code tools will make it easier than ever to launch a tech company. You can build a prototype or even a full version one in a few days completely solo, then start testing and selling the product immediately. This will have profound effects for people that want to solve local business problems with technology, but that don’t have a large enough market to interest venture capitalists or software engineers to build a code-based solution.

Beyond business use cases, the no-code movement will make it easier than ever for community groups, nonprofits, and charities to build purpose-built apps for their causes. Outside of organizations, individuals can also build no-code apps for their own life – communicating with friends, managing their personal community, or building automation to make parts of their life easier or more powerful.

The real power of no-code is not that it’s a new way to build apps. It’s the fundamental shift in who can build an app or website. Coding has a steep learning curve – you literally have to learn another language just to build a simple calculator function, let alone a complex and response application or website. No-code has reached a tipping point where powerful website and web app builders can mimic the work of a small team of developers. And the potential is just getting started: innovators in the space are working on making no-code platforms not only more powerful but more intuitive and easier to use. This will truly democratize access to building solutions with no-code technology.

What is No-Code (and Why Should You Care)?

Top Airtable Experts You Should Be Following

100+ Top No-Code Experts You Should Be Following