Vick is the co-founder of Humble Help. He has a product management background and years of experience working in Silicon Valley. During COVID, when Vick saw how small businesses around him struggled to adapt to the new reality, he decided to switch to social entrepreneurship and help them transition from offline to online. He thought that something needed to be done and established Humble Help together with his co-founder Omar. Humble Help's goal is to support small businesses in their marketing and growth activities by connecting them with students. Prior to getting introduced to the businesses, the students go through a mini academy to learn how to take advantage of cutting-edge AI and No-Code tools and establish personal brands.

﻿Vick and his team have built their online marketplace and the academy using Softr and also use our platform for creating modern responsive websites and web apps for their customers. Therefore, we asked him a few questions to find out why he chose Softr as his main tool, how our platform was addressing his needs, and what the next steps were for the Humble Help team. 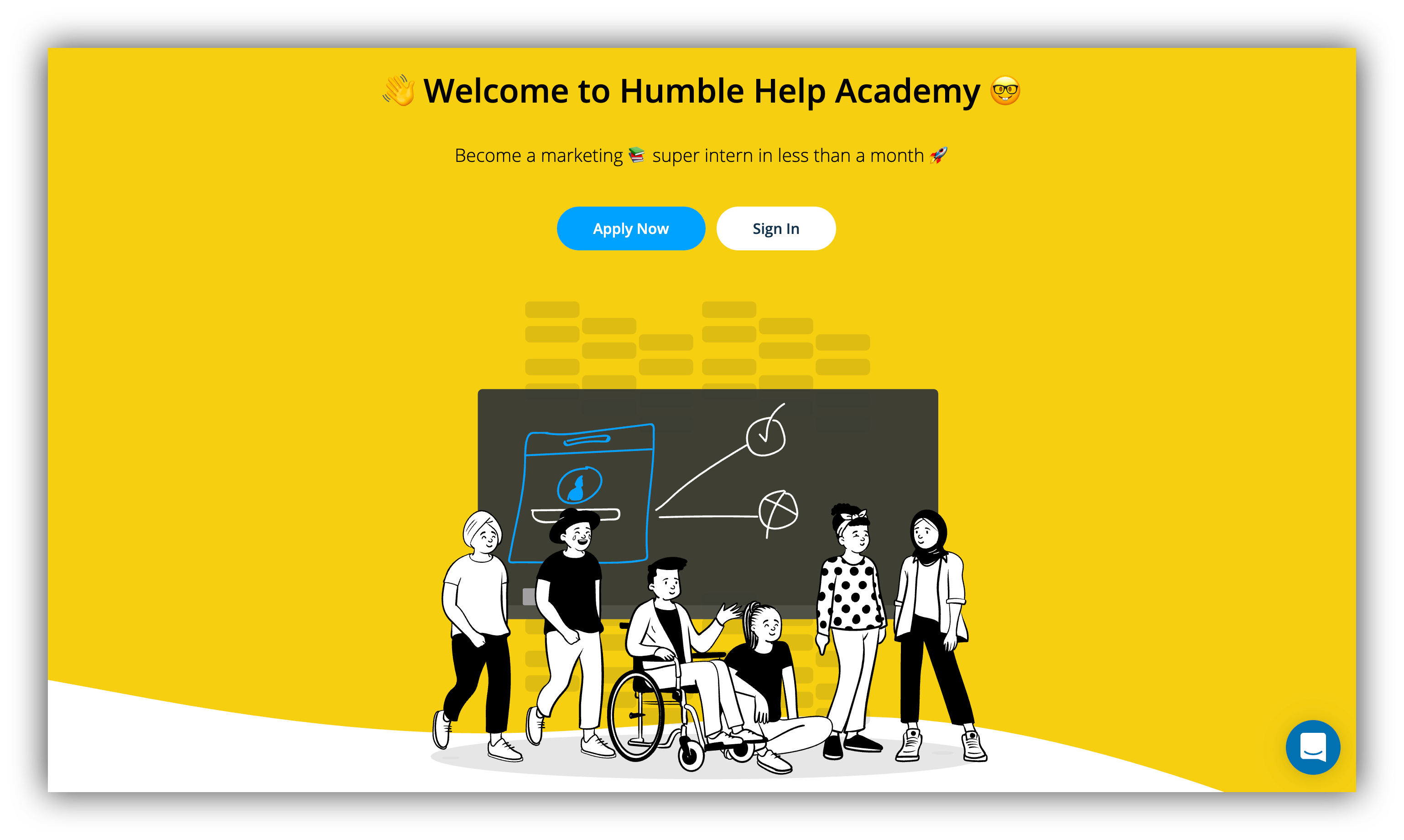 According to Vick, prior to Softr, they had tried numerous other tools including such platforms as Squarespace, Wix, Webflow, Carrd, and Google Sites for their website and Teachable and Learnworlds for the online academy. However, none of the platforms had really met their expectations.

"The biggest challenge was to find the perfect tool. Every time we ran into the same problem – the tool had all the needed features but was too technical, or it was no-code but with very limited features."

At some point, Vick came across Softr and thought he could just give it a try without expecting too much. But he was really impressed with the results, and how quickly he was able to achieve them.

"Originally I didn’t think Softr would work for us. But then, on a casual workday I was browsing Softr’s landing page and read the tagline: 'Build powerful websites, web apps and client portals on Airtable, in 10 minutes.' I had 15 minutes before my meeting, so I thought I would try it. I built a landing page for one of my side projects before my meeting. That was the a-ha moment! And I was hooked!"

Today, Vick and his team have their website and online academy built with Softr and also use it for helping small businesses with their digital transition. This way, they don't have to use two separate services for the website and academy but can have all under one roof managed with a single CMS.

When asked about Softr's main benefits, Vick mentioned the platform's overall speed and ease of use that allow setting up pages in just a few minutes. He also stressed the simplicity of the CMS, the seamless Airtable integration, and the option to add a custom domain on the free plan. Further on, when discussing the customer support, Vick said that he hadn't really needed any support along the way, as the product was really straightforward and the help docs had been sufficient to address all of his questions. 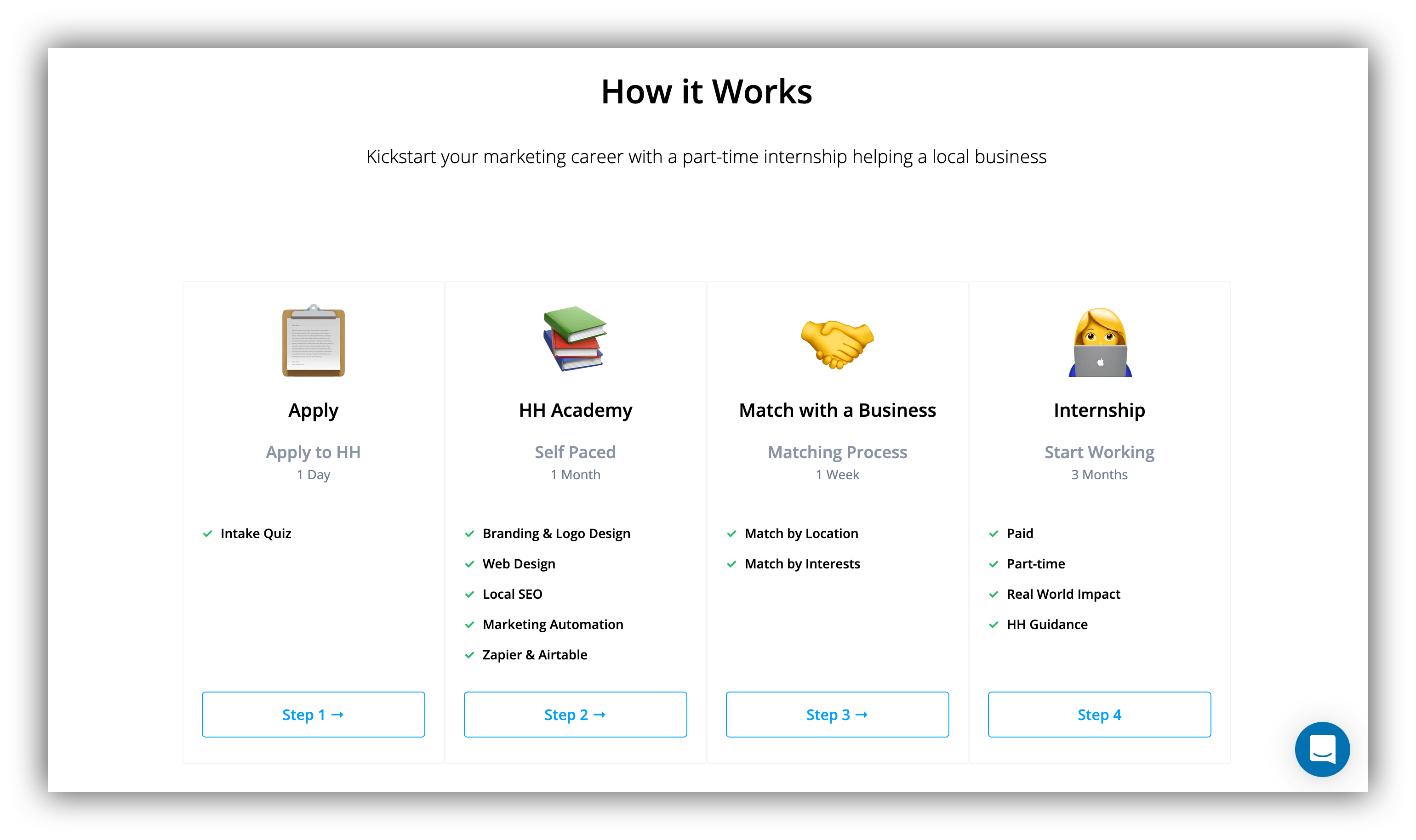 The Humble Help platform is already getting their first signups and is in the process of raising a pre-seed round. At the same time, they are gradually expanding the academy, adding more sections and enriching the functionality available to the users. The Humble Help team also intends to integrate Google Analytics and live chat as well as use Softr's custom code block to embed other services into the site. Thus, the platform is growing steadily and will offer more exciting stuff to its users very soon.