During the COVID-19 crisis, medical professionals realized the need to increase their online presence to deliver care, medical services, and accurate information to a patient population that has seen a substantial increase in mental health issues, weight mismanagement, and exposure to a lot of misinformation. Bookzdoctor Inc. started at the peak of COVID-19 to address the above-mentioned issues. It is a medical startup located in Boston that started two highly-effective online health and wellness coaching programs: Mindhack and Bodyhack. The programs tackle every aspect of mental health through behavioral psychology and coaching to keep the patients/clients accountable to their goals.

"Till date we have seen 100’s of success stories. From getting in shape, to losing weight, being disciplined and getting out of depression, our programs have proven to be best investments our clients have made."

The Bookzdoctor team also developed a telemedicine iOS platform and is currently working on a decentralized web-app platform hosted on their blockchain called Avicenna. All physicians will have their own web pages and their services listed. The aim is to give patients more control of their medical data and show them lucrative ways to benefit from that ownership.

Akiki is the COO of the Bookzdoctor platform. He is a medical doctor with an MBA and a diverse experience in optimizing health care management for private practice, polyclinics, and hospitals. He has over 5 years of experience in the pharmaceutical industry, working for contract research organizations specializing in complicated clinical trials for rare diseases. Akiki helped us understand what their platform accomplishes, how they plan to evolve, and why they chose Softr as the main hub of the platform's different components. 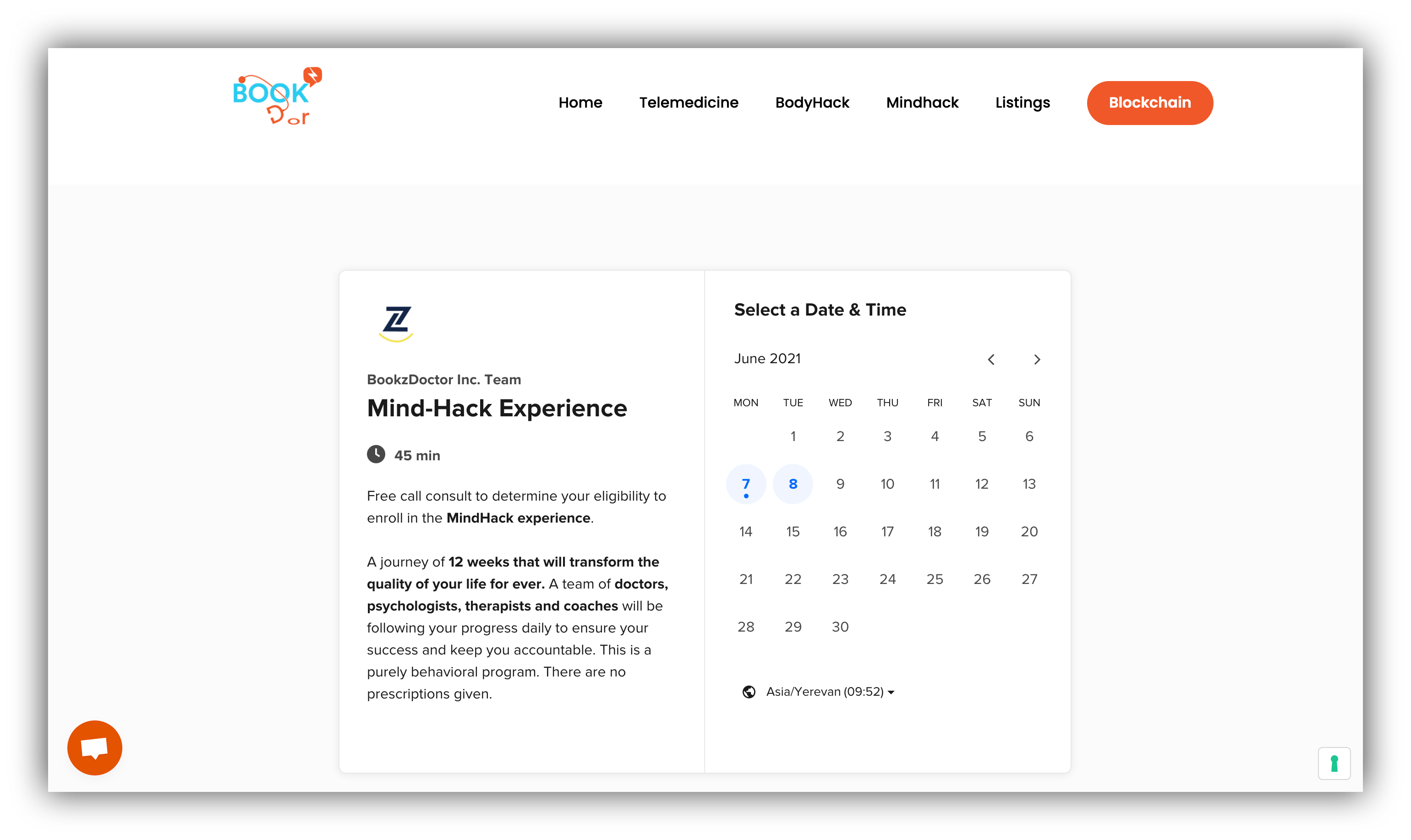 As mentioned above, the Bookzdoctor team is working on several projects and programs, and they needed a no-code platform to bring together all the different components to build an online marketplace. Apart from presenting the mobile apps, the blockchain platform, the telemedicine and wellness programs, and other elements of the project, the current Bookzdoctor site built with Softr allows booking free assessments for signing up for and participating in the programs. It also provides a listing of physicians for the telemedicine program, a listing of internships/fellowships for medical professionals, and other relevant information.

Prior to switching to Softr, the Bookzdoctor team tried many competitor products, but, according to Akiki, no other platform was as fast in releasing features and answering their questions as Softr. The ease of use and the powerful set of features provided by Softr allowed them to focus on their services and content rather than on the technical aspects.

"Since we tried many other no-code platforms in the past, we saw the value of Softr immediately. We rolled up our sleeves and started to use their services immediately after consulting the support team without even trying the free service."

For the Bookzdoctor team, time to market is the biggest leverage. They keep testing new ideas and need to be able to quickly add new content and get feedback, and Softr has allowed them to accomlpish this with the desired pace and quality. Moreover, in cases when the development team is involved, Softr is often used to communicate ideas to the developers in a quick way.

"Softr helped us bring our ideas to reality. It’s like a powerpoint presentation that is spot on."

Akiki also mentioned the help and support he and his team received from the Softr support team and the growing Softr community. The responsiveness of the support team and their attention to detail have helped addressing all the questions and issues that the Bookzdoctor team faced when building their site.

"We feel like they are our partners. The level of focus and care they give to our technical problems is super valuable and this help us hire the right developers." 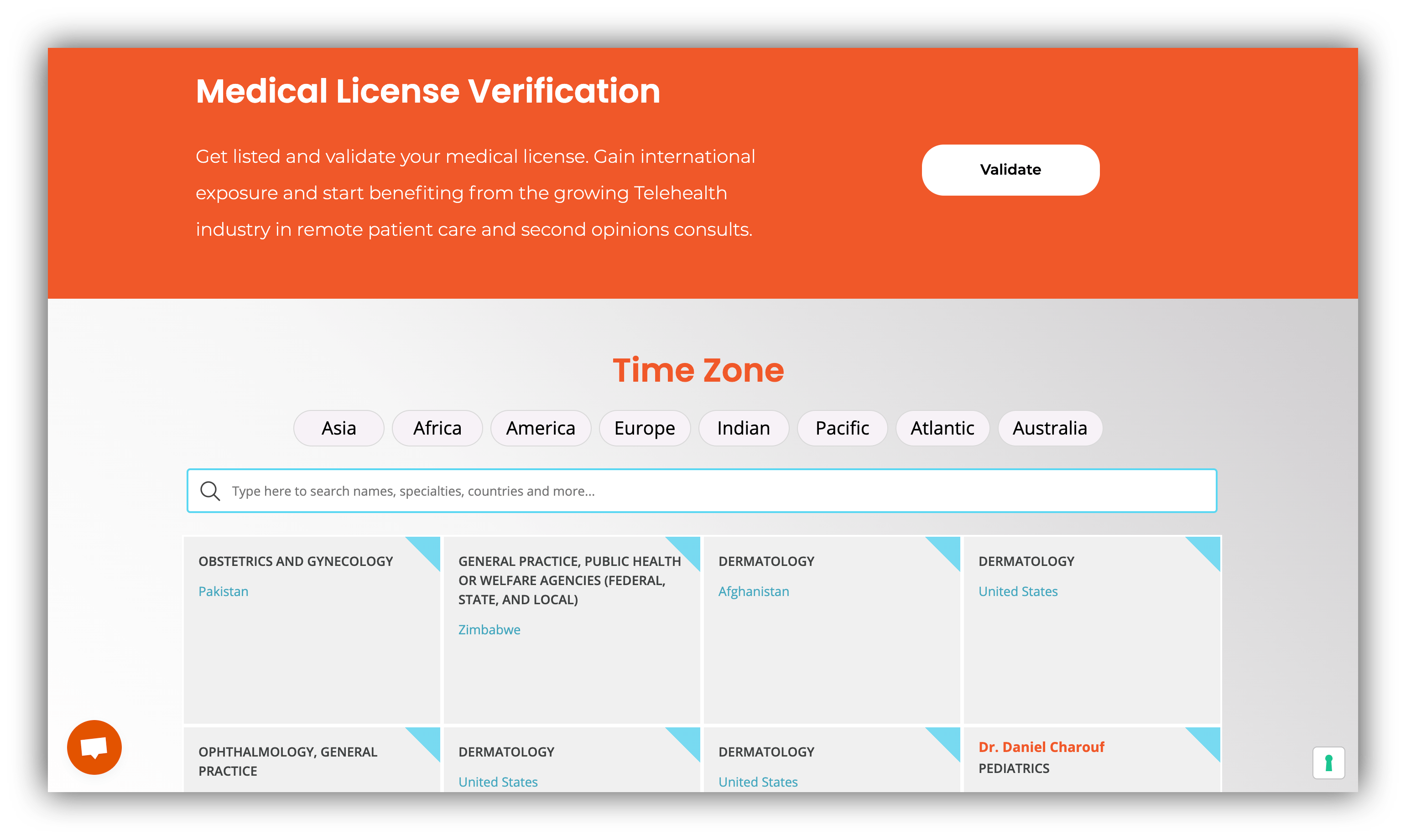 As of now, the Bookzdoctor site has 20,000 monthly visitors, and they are quite happy with their SEO. Further on, their conversion rate has been increasing systematically, and the average retention rate per user is above 5 minutes. The Bookzdoctor team is looking forward to the upcoming Softr updates and plans to make significant improvements with the new functionality provided by our platform.

"Softr will always be at the heart of our project as it will be used to showcase our doctors, new releases and updates. We will have other more sophisticated web-apps for our services, but Softr will be the connecting heart to everything."